This place has been abandoned and became more of a relic.

2021 been a very rough start, The first day I confirmed passing of my kitten, I remember being unmoved hearing human flesh gravy made by running train over (gore) but teeny tiny things created a pissing impact.

Kitten was meant to keep away rodents from car by playing prey-predator game which isn't a fact but that's how I convinced adopting. The day 'K' moved out of porch, snuggled into car's bonnet staying the night (irony) and meowing for morning meal. It went on for days, staying shy and sometimes while checking on early morning 'K' responds to call. There wasn't any intense attachment, in fact I managed to pat only once, despite these I couldn't stand 'K' was no more.

Every new year eve, it's a ritual to watch Harold and Maude(1971) most of the time it was some scenes to get feeling but this year I ended up watching from start to end. It's one of the rarities that gives different feelings as you mature over time and indeed it felt 'new' again.

When I was teen I managed to get hold of this movie's script before watching the picture, there was a scene where Maude questions Harold's what flower he would like to be and Harold pointing to fields of daisy flowers within vicinity

M: "but they're not, some are fatter, some are shorter, some grow to right, some miss petals - all the visual differences" (then she makes an analogy of differentiating Asian people is harder until one get to know them)

"it's like daisy Each person is different, never existed before and never to exist again - An individual"
- P35, Higgs - Harold and Maude

H: "aren't we meant to live/grow together?"

M: "Much of the world sorrow come from people who are this" (pointing to a daisy in hand)
"yet let them treated like that"
(pointing to fields of flowers)

In the movie, 'Cat Stevens - where do the children play' plays at back with picture frame focusing on uniform cemetery headstones - all together bringing very real experience.

Though during this watch, (different frame) wordings which I couldn't get depth all these years (even now)

made me shread uncontrollable salty drops.

Hope you had a good time noname, sorry for the pain you have to endure 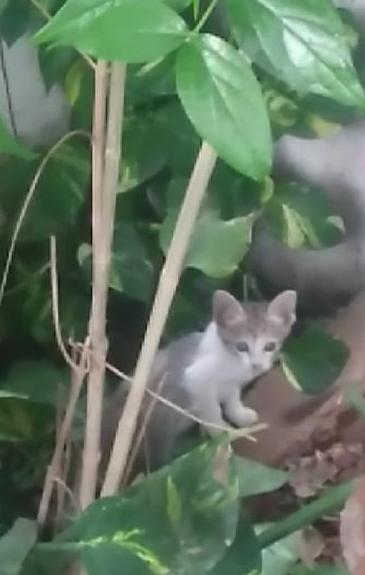 I have my radio show - 'Darker Waves', going on tilderadio scheduled on every Sat 18:00 UTC. Except 2 streams all are Archived and playlists of the same

I haven't updated 'Weekly pleasure' sidebar for ages - this will change.

Back to Pavilion - Series of GBA DS games I missed playing. Already into 2 games, it's taking a big troll on eyes - Well deserved ;)

Diving to world of 3d printing, I'm hoping printer will arrive in few weeks. Last time when I managed to 3dmodel(ray trace) something was povray running on dinousar laptop. I have few things/ideas to print, speaking of which I'm already on OBSD-6.9-beta and it about time to create new badges, I'm figuring a way to print scanning puffy gif I made for 25th anniversary

SMTP went down for almost a day (fixed on it's own), that's when I started to realize how much I miss my cyberspace den.

For displ survival in darkness!